So, I know I'm a couple of days behind with this but I'm blaming being momentarily dumb-struck by the apparent lack of talent you need to be a stylist these days. Obviously not in all cases but to say I gasped in horror at quite a number of this years Golden Globes dresses I'd say there's a few people who need their P45 form handed to them..and the sooner the better.

I've read the reports, I've studied the pictures and I've watched the reviews but I just don't entirely agree with the dresses being praised and those being blacklisted.

So here I am, throwing my take on it all into the mix. You might disagree, and if you do please tell me. I love to listen to all opinions when it comes to fashion (not so much regarding tea..it's Earl Grey or no way!)

Firstly I'll line up the dresses I just could not forgive. And whatever reason they had for them isn't good enough. I'm talking to you Sarah Michelle "my daughter picked it" Gellar - your CHILD picked your Golden Globes Dress? Are you insane?! 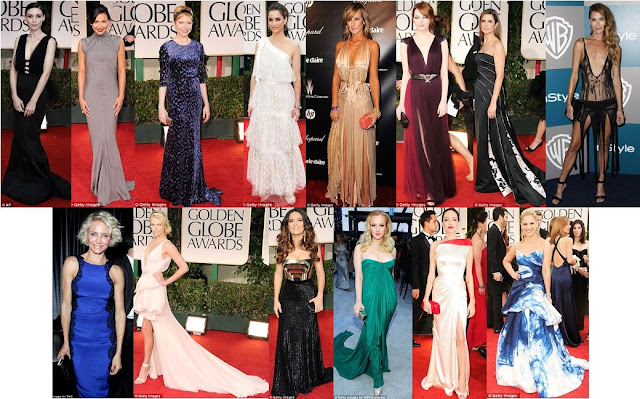 Moans over here are my winners: 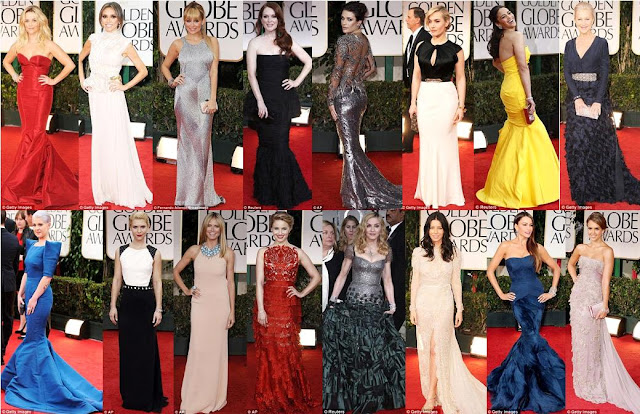 However, three dresses really stood out for me and for at least two of them I've read bad reviews. Couldn't disagree more. 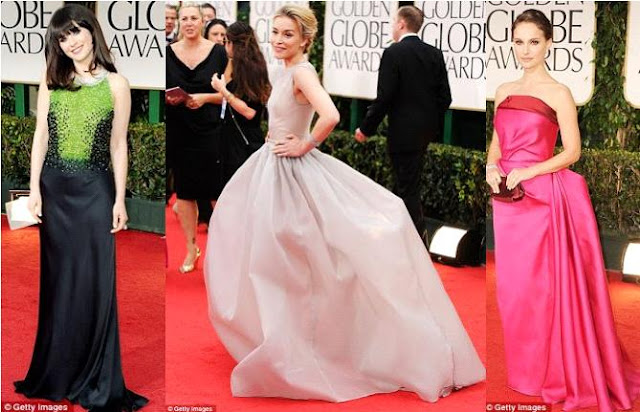 And with that I am done awarding and berating the stars and their stylists. Have a good evening.