Hairs Lookin' At You, Kid.

Considering that I class myself as the type of person who looks after herself - I eat healthily, exercise, regularly paint my nails and enjoy good makeup and clothes - it's strange that the one thing I am rarely on top of is my most prominent feature. My hair.

I've always been blessed (thanks Mum) with thick, shiny hair and it appears that no matter what I do to it, heat styling wise, it refuses to look damaged and needs very little maintenance to look acceptable.

However, after last years foray into the dip dye scene my hair has been a little lack lustre. I don't blame it - I took half of it and bleached the life out of it leaving the ends noticeably irate and leaving me panicking and staring at shelves and shelves of hair products in Boots that I'd never even seen before, let alone used.

Hair masks, leave in conditioners, colour restorers...I've seen, and used, them all now. But still my locks seem unwilling to return to their former glory, choosing instead to taunt me with my self inflicted battle scars - split ends. So I've come to the conclusion that there's only one thing for it. The chop... 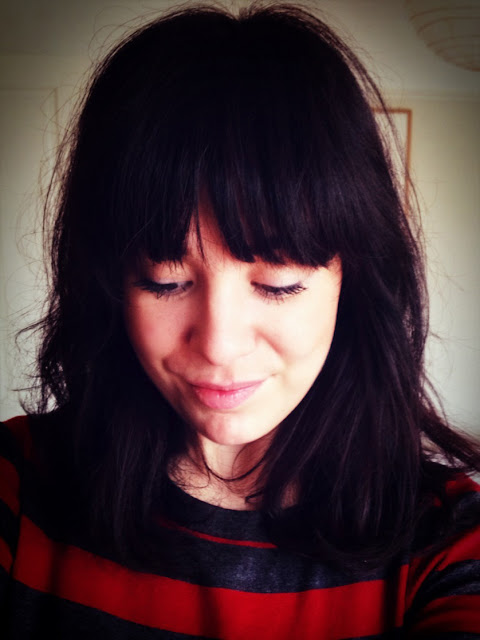 This is my current head of hair. I took this picture about 5 minutes ago and you can see clearly the fly-aways and general unruliness I am facing. So tomorrow at 5.30pm I am handing a lovely woman some money to make me look human again.

Now, I fear the hairdressers the same way some fear the dentist or doctor. One (or 3) bad experiences have left me, on average, getting my hair cut about once a year - with a large amount of morphine in my blood. Which means most of the time my 'style' is 'default'. I let it hang as it grows.

In the past I have been to several different salons and asked several different stylists to do this, that or the other and every time I have left near to tears at their sheer determination to ignore what I've requested and do what they think looks best. I sometimes wonder that because I have such thick hair they have a bit of a creative field day with it - and there's very little you can do once they've turned you into what appears to be the love child of John Lennon and Thelma from Scooby Doo. (You laugh but this happened once and after 3 days of tears I demanded my money back. When I went to get it back it turned out the head stylist (and moron who'd wrecked my hair) had been sacked for several similar offences. Encouraging.)

But I have found a good salon on the recommendation of friends whose hair doesn't make them look as if they've just walked away from a terrible accident and I'm off to test it out tomorrow. Now all I need to do is decide who to use as inspiration.

I've whittled it down to Freja Behan, Alexa Chung and Claudia Winkleman. 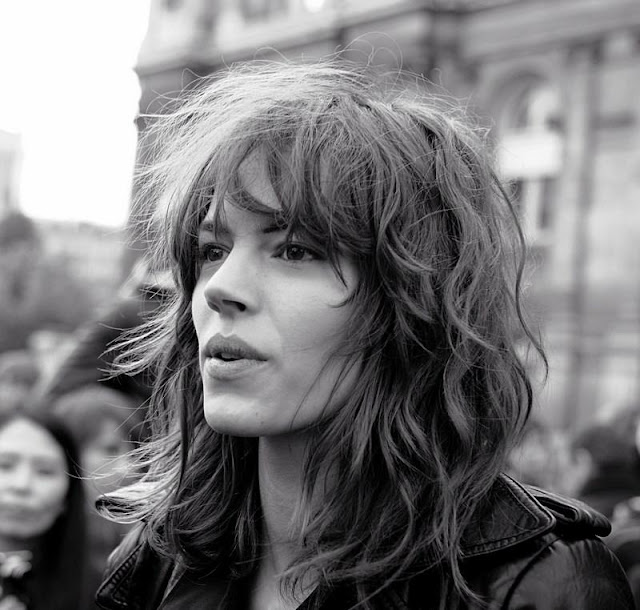 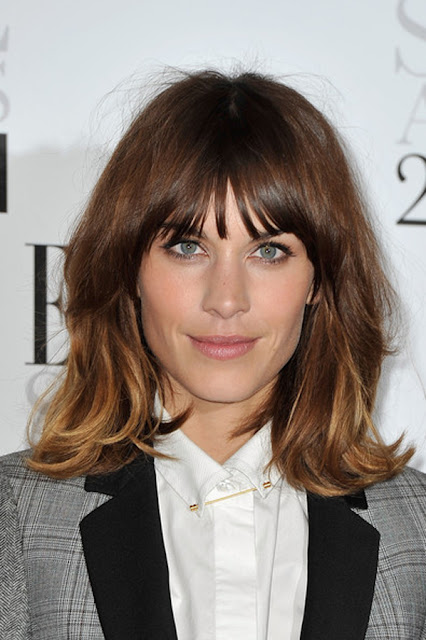 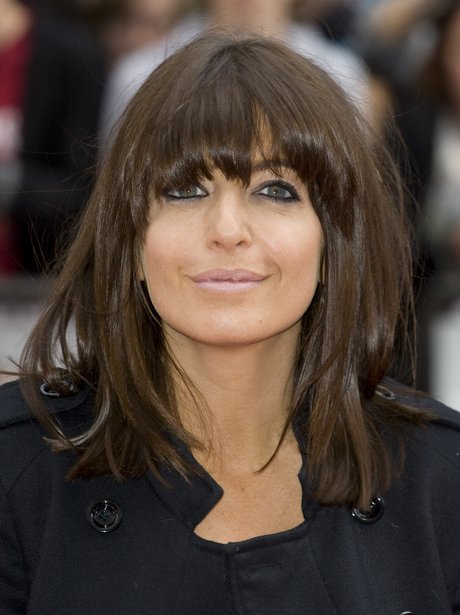 While I am a long standing fan of Freja Behan's I'm aware she's just too cool for school and although she suits disheveled-chic down to the ground I fear I may end up looking to most that I've just woken up and simply had no time to even run my fingers through my tresses.

Alexa Chung, on the other hand is someone whose style I could definitely get on board with. I already look to her in the sartorial department regularly so why not in the locks dept. too?

And finally we come to Claudia Winkleman. I've always admired her for her infectious presence on television, drawing you into whichever programme she's commentating on. I think she could even get me enthused about football. But just these past couple of years she's really been upping her credentials in the style stakes and she looks incredible for it. Now I just need to master the year round light glow and perfect day to night eyeliner.

So I think the picture I'll take to the salon will most likely be.....