An early morning train down to my office in London and a lot of emails.

I was due to be in that office until Wednesday then back up in the Manchester office for team meetings all Thursday and Friday. Or so I thought.

When I got in at 10pm on the Wednesday evening I was greeting by a somewhat flustered OH.

"Don't kill me," he began. "Ominous..." I thought.
"But you have about 6 hours to pack and we're off to the airport."
Ok...
"One problem though," he continued, "I booked this weeks ago and I've lost my passport in the house move."
Panic stations.
After almost every single box we'd packed had been torn open we eventually found it nestling in an inner box it most definitely should not have been in.

At 4.30am my alarm went off and I just had to pray that I'd packed appropriately. That said I think we counted 12 pairs of shoes in my case when we got there so I was confident I'd covered all bases!

Once we'd checked in ("Don't tell her where we're going, she doesn't know yet.") OH told me that the holiday was to celebrate the end of the house renovation (which, typically, has run over deadline) and his birthday. Oh dear. In all the commotion I'd almost forgotten it was his birthday that day. Luckily I'd bought a card a few days before and it was nestled in my handbag somewhere. A gift would have to be purchased upon arrival at our mystery destination.

Then we were called to gate. There were several flights leaving at the same time as ours so I was still non the wiser. Candidates were: Paris, Rome, Barcelona and, worryingly, Warsaw.

As we approached our queue it became clear, "Gate 51: ROME"

Keen not to cause a commotion in an airport (never a good idea) I squealed internally and OH almost passed out with relief at my undeniable joy having learnt our destination.

Soon we were over The Alps. 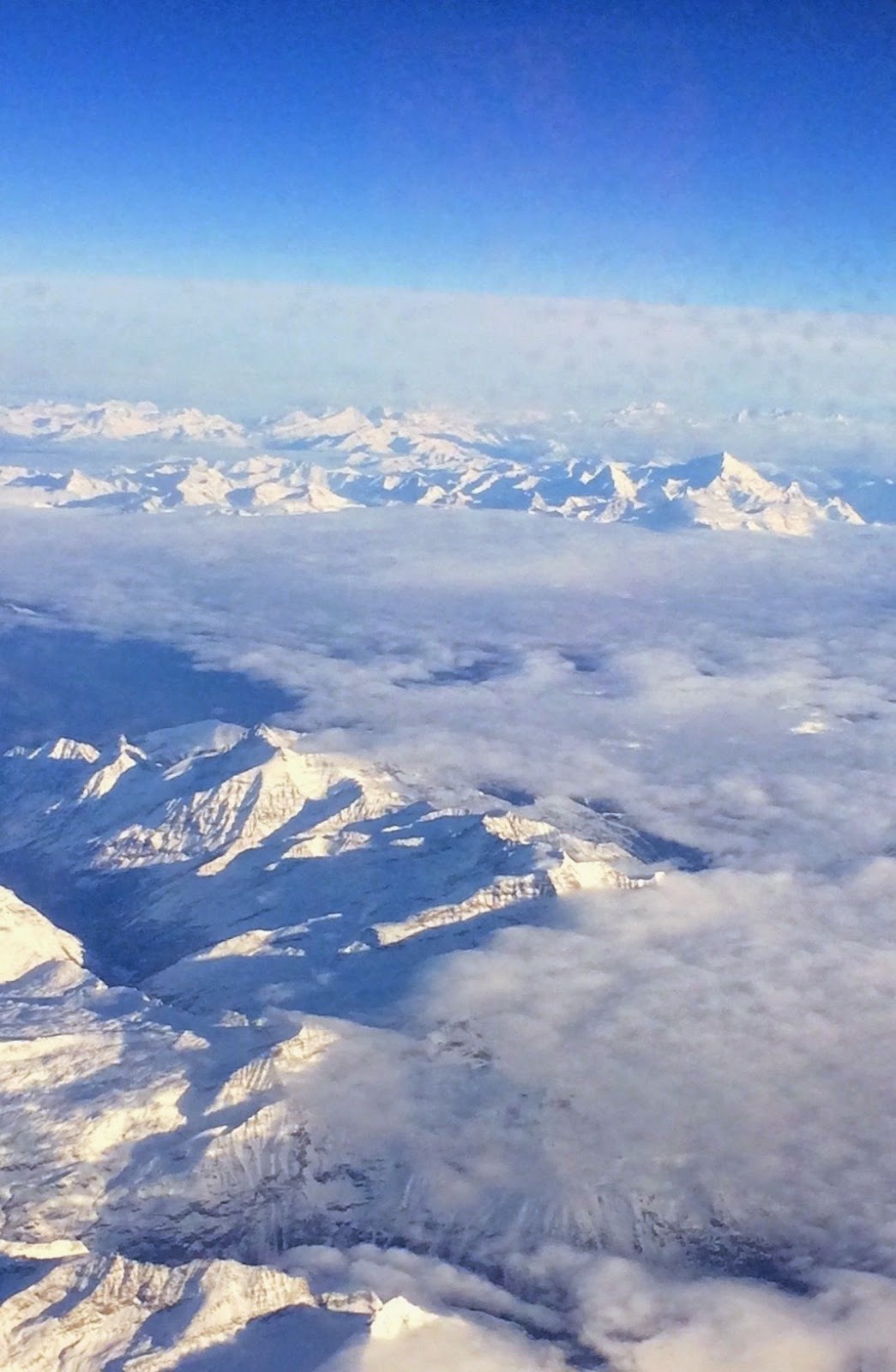 When we landed we did a bit of sightseeing but OH informed me we were going for a nice meal for his birthday that eve so to get a nap in (I *love* naps) and have time to get ready.


That evening we arrived at one of the most beautiful restaurants I've ever been in. Lit solely by candles and seating a maximum of 14 people it was stunning. With Nina Simone's voice playing lazily in the background I was pretty convinced I was in heaven. 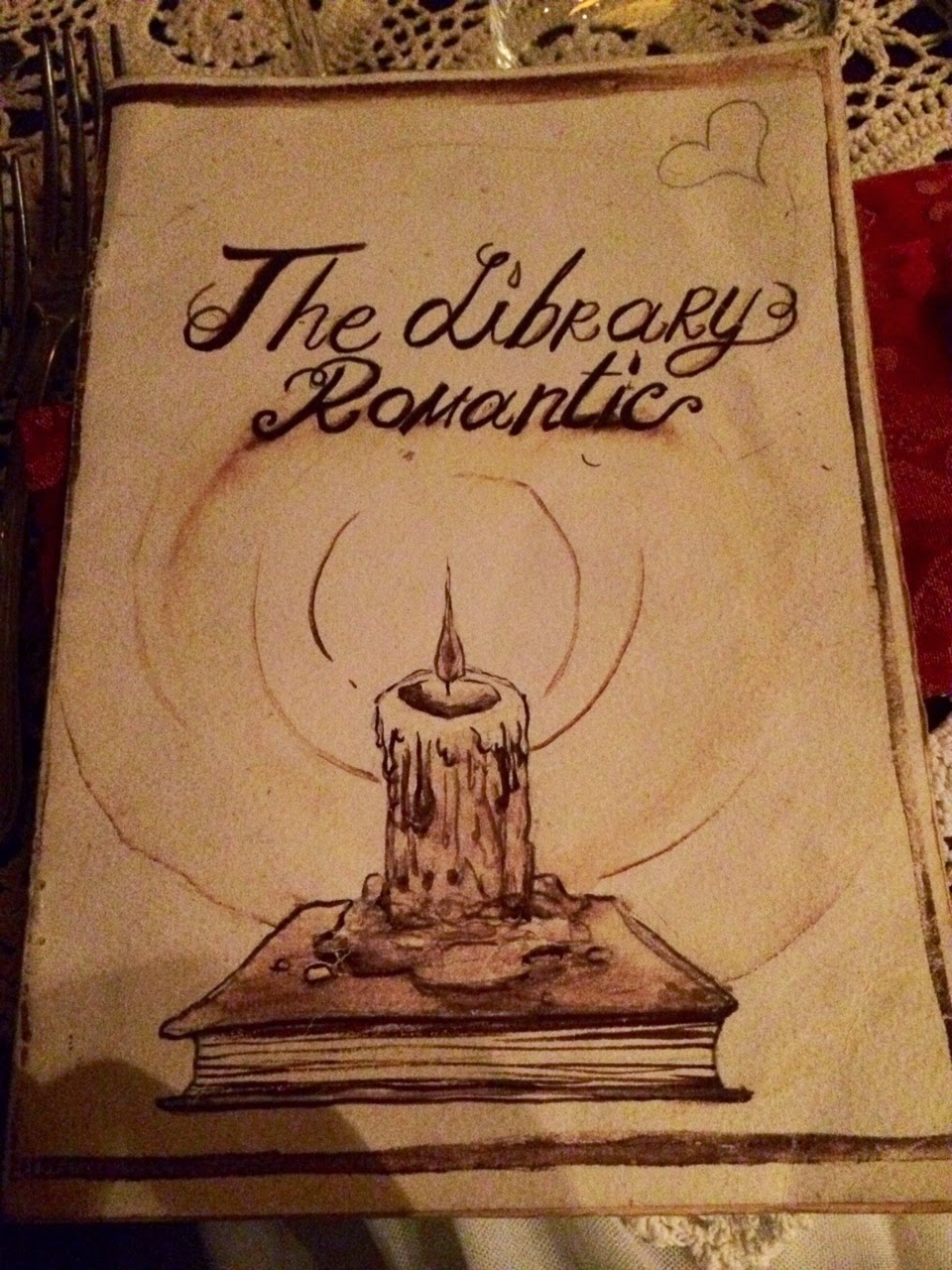 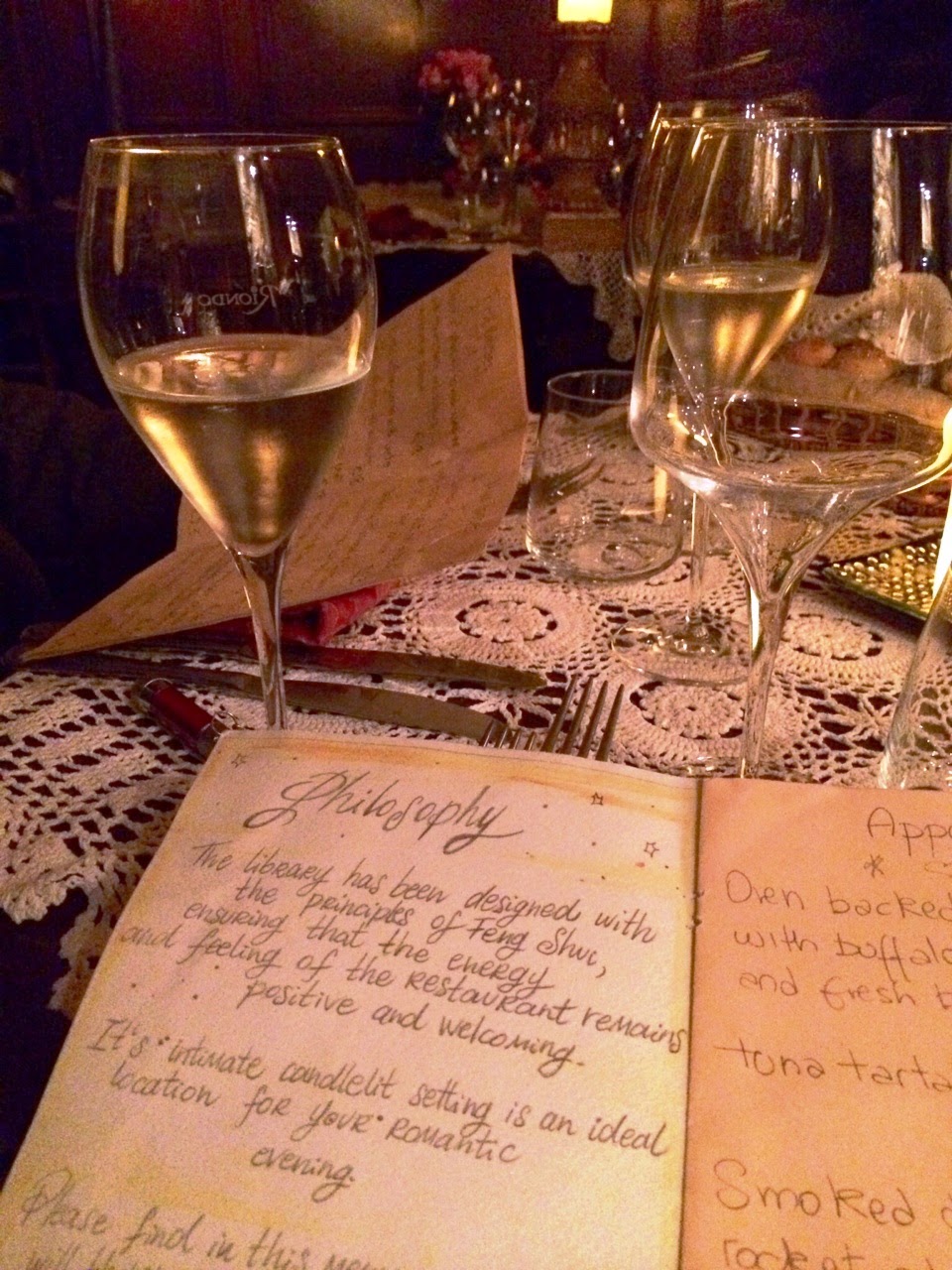 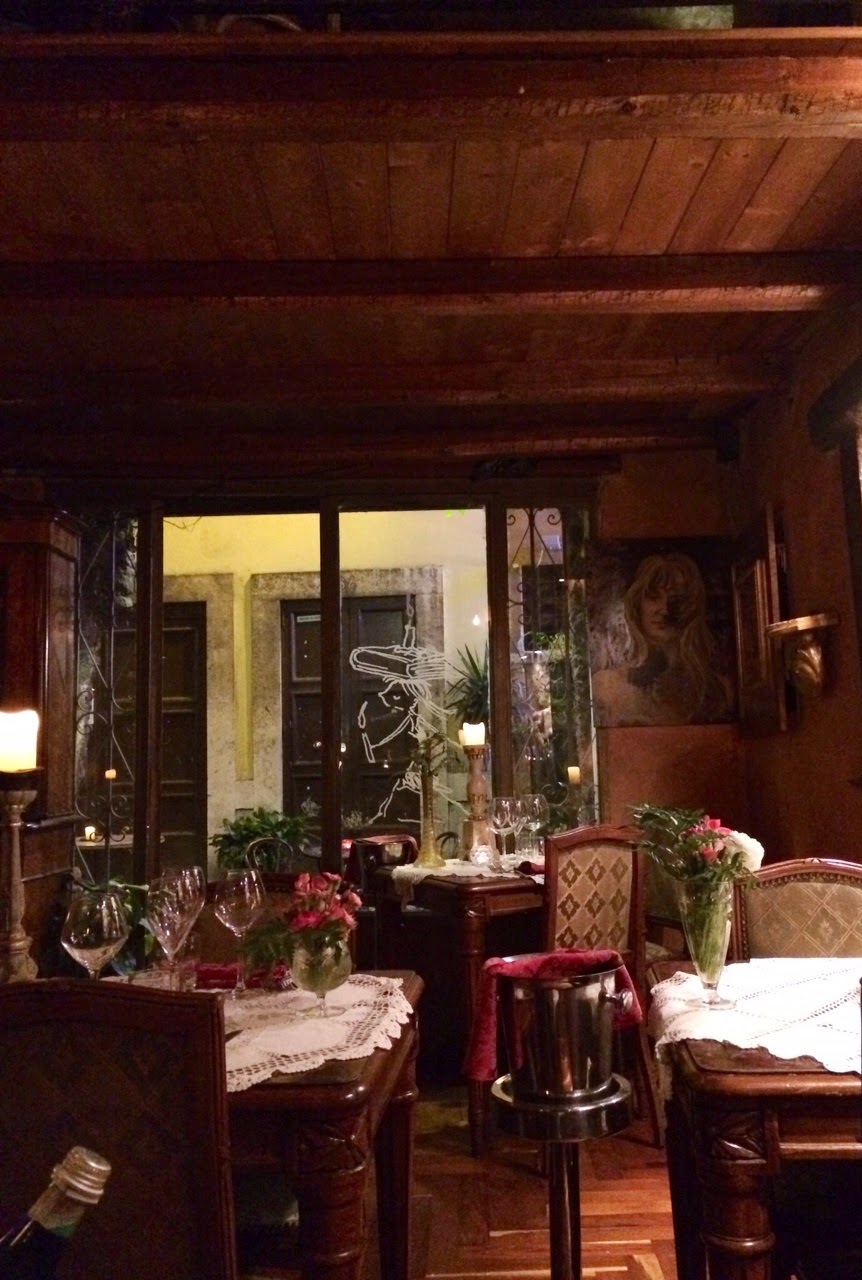 The meal was amazing - aubergine to start and sea bass main; far too much wine and lots of chatter. There were only two other couples in there at the time so it felt really intimate and as if we were almost the only people in Rome. The pictures aren't amazing as the light in there was so low but I would recommend The Library to anyone looking for a great restaurant off the beaten track with brilliant service and not insane prices.

Even from the outside it is stunning. 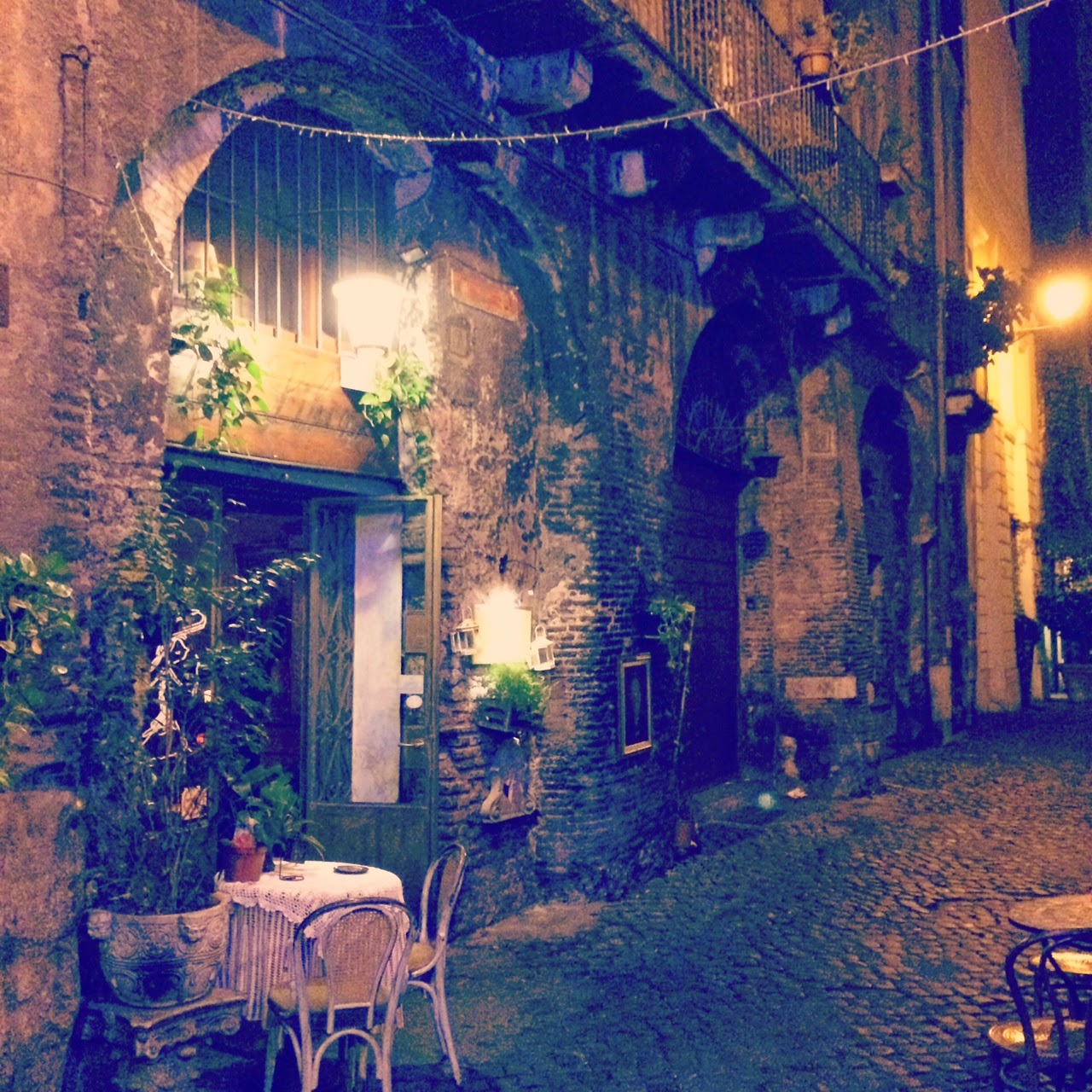 Then, after the meal and with out even the slightest sign of stress he dropped to one knee. I think I almost fainted. I'd always assumed I'd be a 'crier' if ever proposed to but I was quite the opposite - I got nervous laughter. Luckily OH knows me so well it didn't even make him blink and after I spluttered out, "YES!" he got back up and gave me the most beautiful ring his very talented Dad had made. (He's a jeweller by trade - he's a genius by nature.) 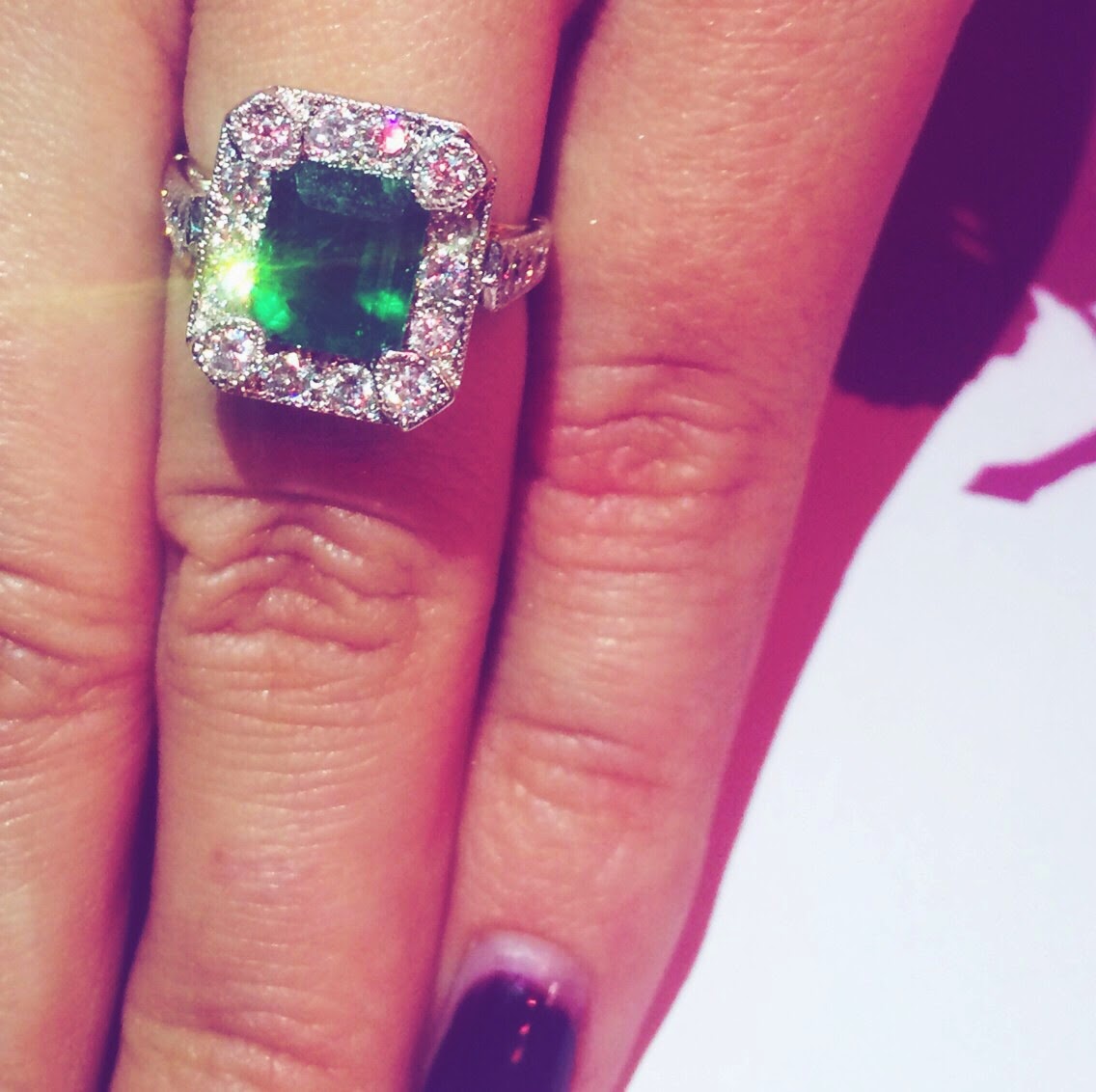 We spent the rest of the weekend floating around Rome smiling and enjoying all the coffee, food and wine we could get our hands on. 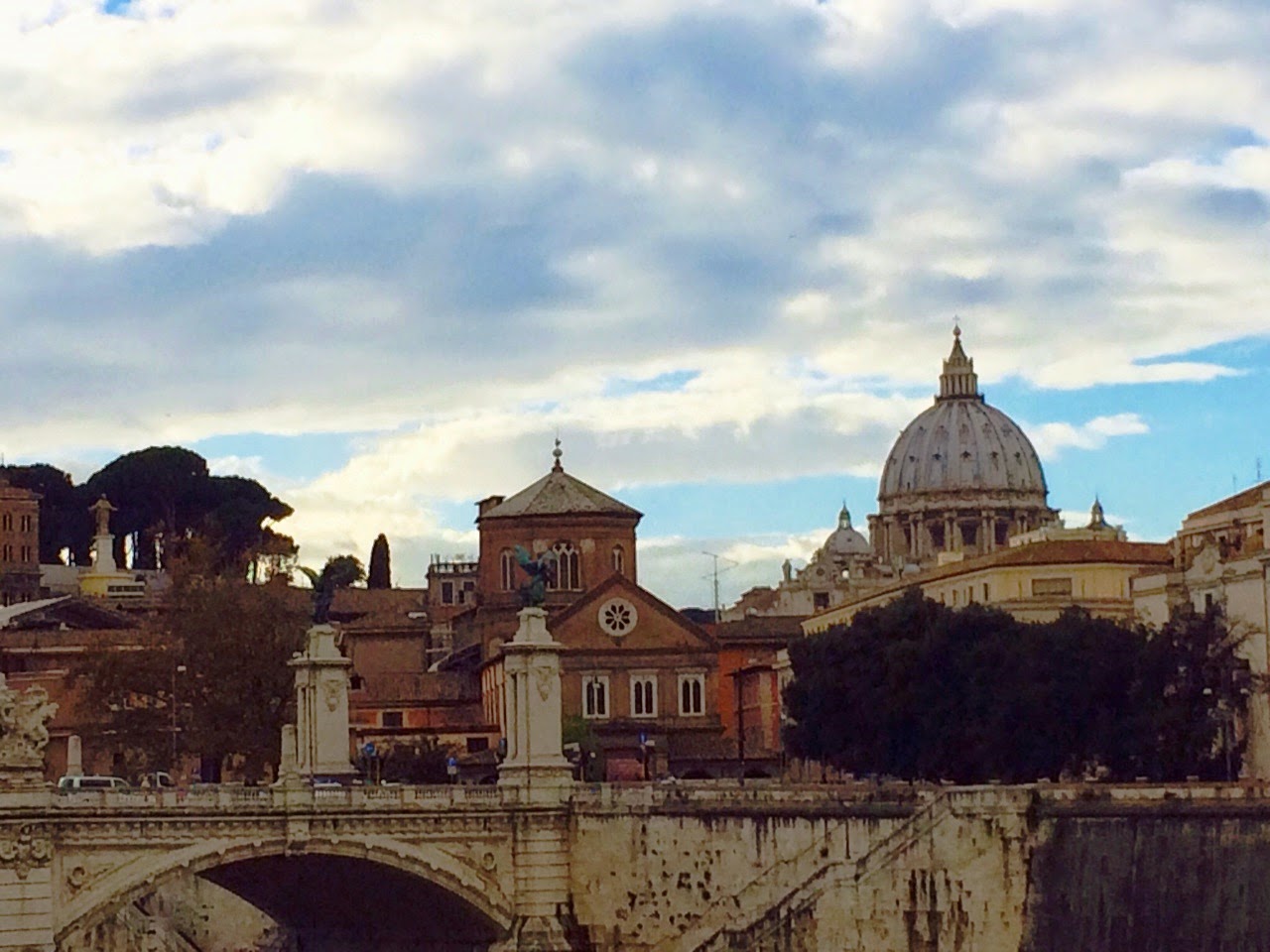 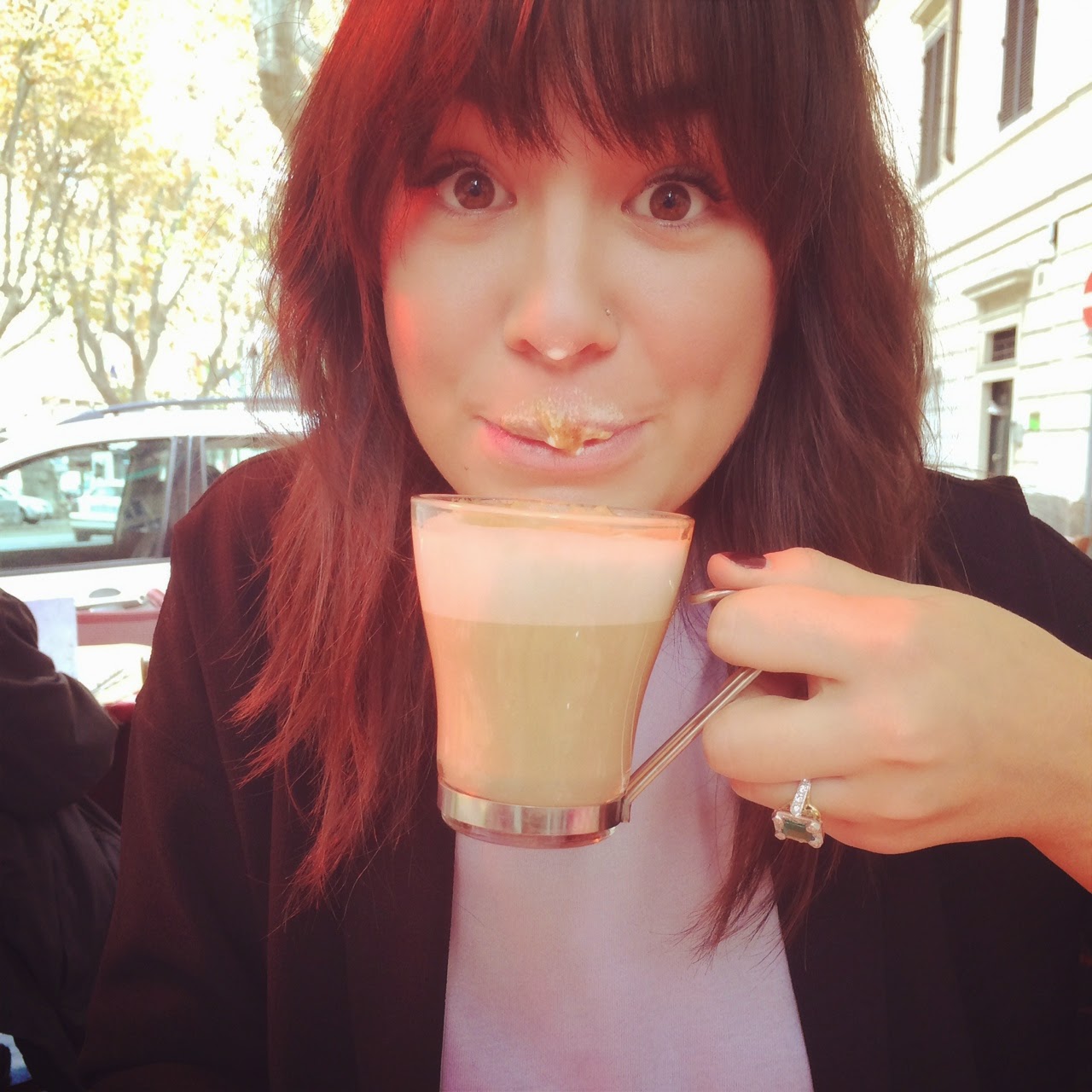 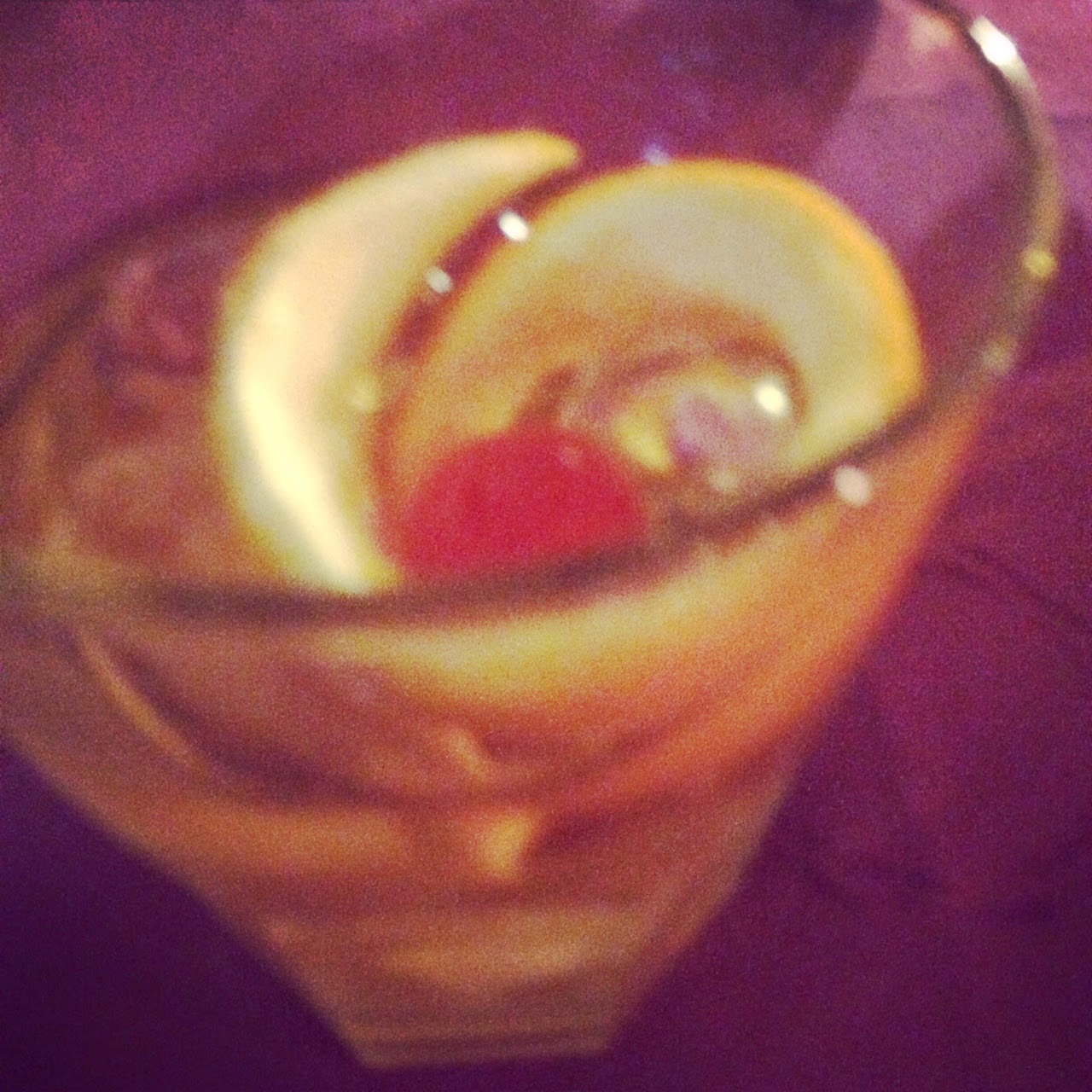 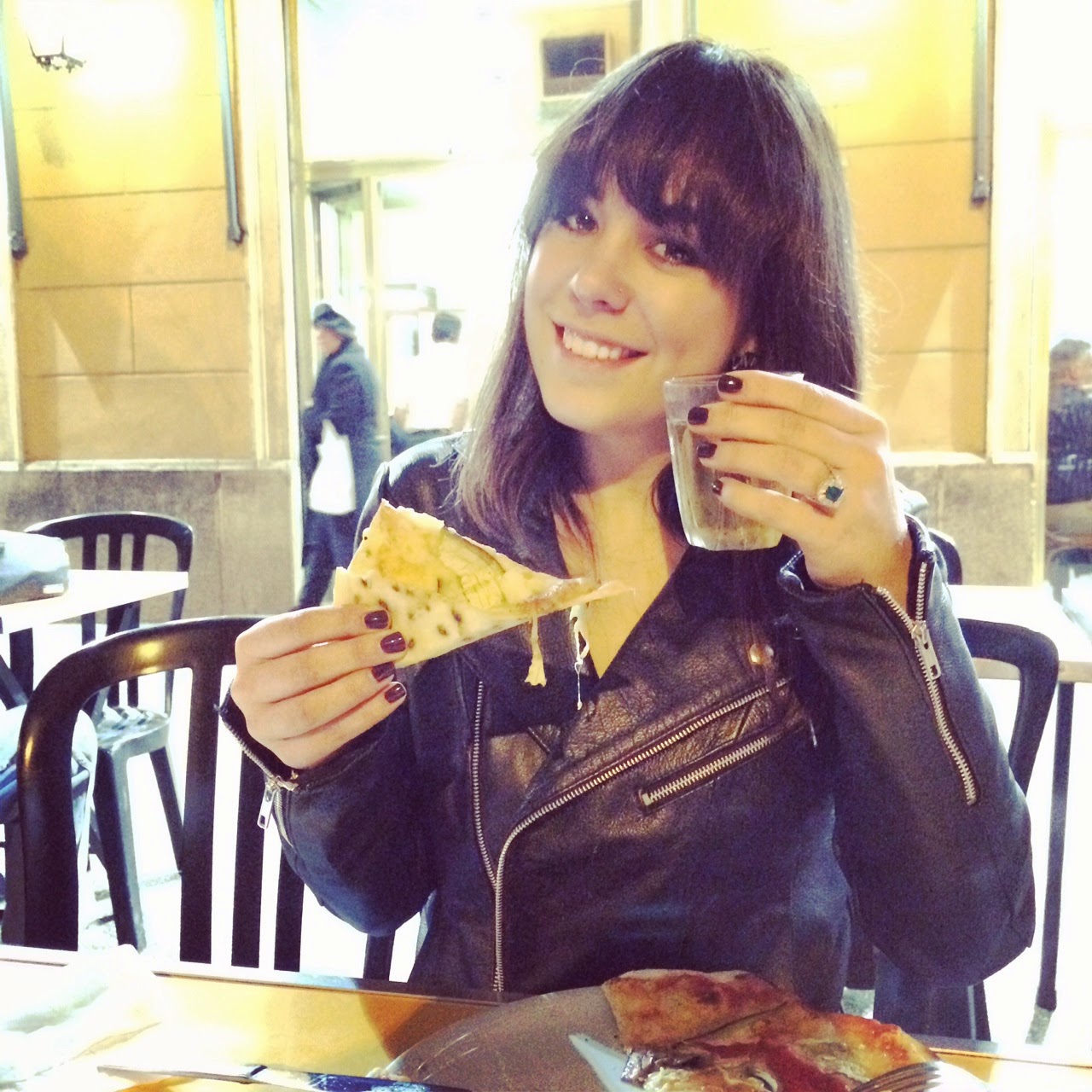 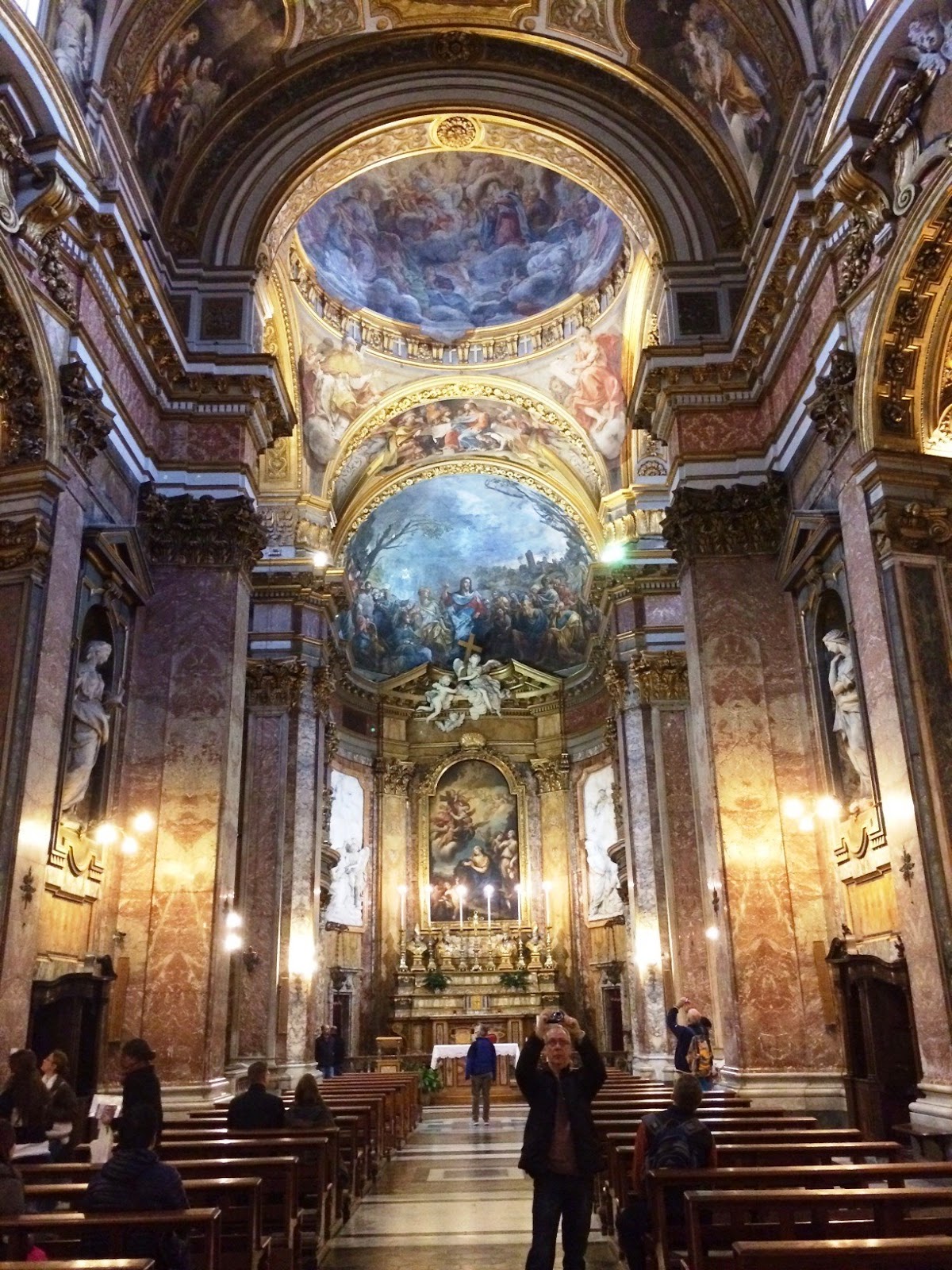 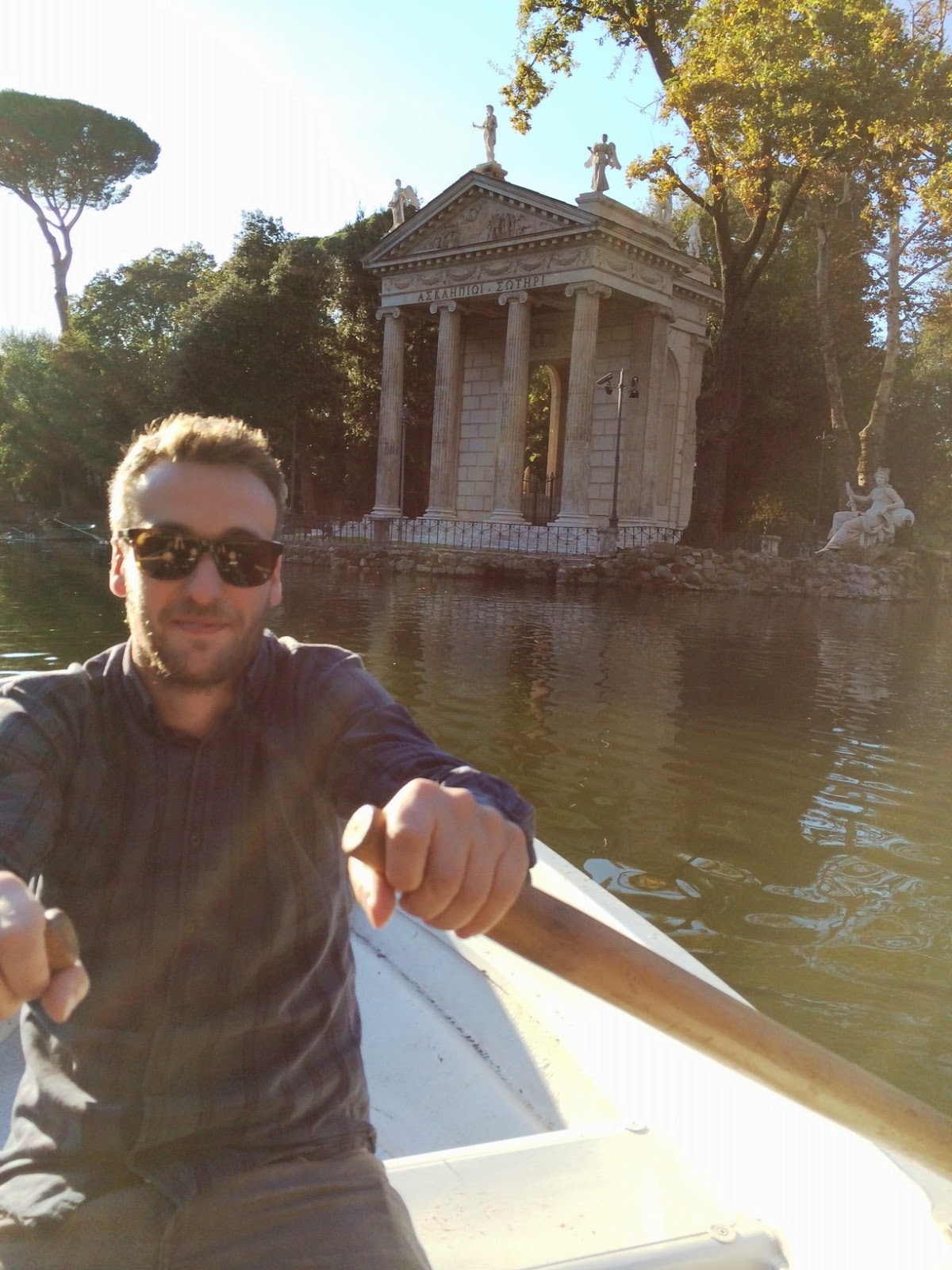 So now we have a wedding and a house to arrange. No biggy.
Keep up to date with my quest not to have a meltdown over it all on the blog!
And visit Rome. I did and now I'm in love.﻿
﻿
Posted by 2dyefor at 14:48