The Thin Edge Of The Wedge.

But far from tiredness and work being the culprits it's been something altogether more alarming. A frightening mix of writers block and lack of inspiration has left me wordless; my digits completely void of creativity, unable to communicate anything that had even the faintest chance of stirring some sort of literary stimulation in you lovely people.

So instead of firing out some sludge to keep my 'unique click rate' up I decided to take the infinitely more frustrating route of silence until something moved me. And today it presented itself. (I can feel you sighing with relief(!))

A notorious tabloid newspaper did its usual trick of trying to turn a non-article into something the nation can become suitably, and inexplicably, enraged about. Today's target - fashion illustration.

The illustration in the firing line? Roberto Cavalli's. Cavalli is the genius behind Beyonce's current Mrs. Carter world tour stage costumes and boy, are those some costumes. I'm not sure a magpie could have chosen more bling even if it had been locked in a sequin factory for a day and been told to go crazy! Suffice to say I love them. Lord knows I'd never wear something so intense but I'm nothing if not an appreciator of fine art - and that's essentially what this is. Roberto Cavalli is an artist and dressing women in the most beautiful way he can is his art. It is completely visually stunning and I've loved his work for a long time so long live RC, I say.

Well, the article I read ('read' is a stretch; I browsed it with barely concealed disgust) today didn't feel the same. They were pillorying the designer for his illustrations of Beyonce in the outfits he'd created for her. The particular image in question was this: 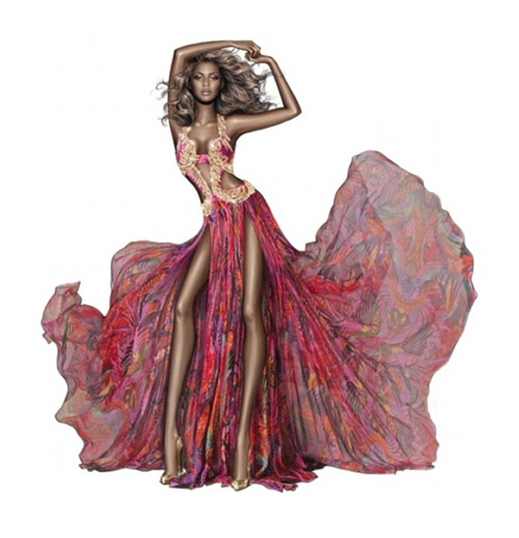 What seemed to be alarming the article writer the most was her proportions. Well, Mr(s), if you're reading this here's the thing. It's a drawing. Albeit with a photoshopped image of Beyonce's face on it, but it's a drawing. And fashion illustration isn't about realistic proportions, it's about enveloping the garment(s) that are being drawn in a fantasy world that invites the viewer in. Am I alone in feeling hugely more distressed by the below image as opposed to the above? 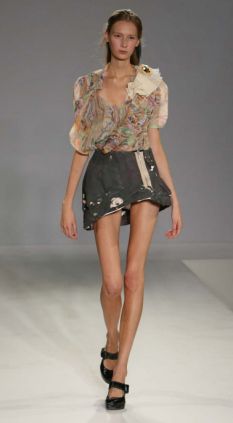 This is the part of the industry that needs tackled, not the illustrations. That are exactly that, illustrations, not adverts, after all.

I'm not really sure what I aimed to acheive with this post but if even one person who read the tabloid piece I'm referring to, and allowed it to warp their understanding of fashion illustration, changes their mind and thinks more logically for a moment then I'll be happy.

After all, who doesn't love a good illustration? And with so many styles out there I can find myself lost in them for hours. Not at all distressed about my calorie intake but more perplexed about how on earth I'm going to learn to draw like that. 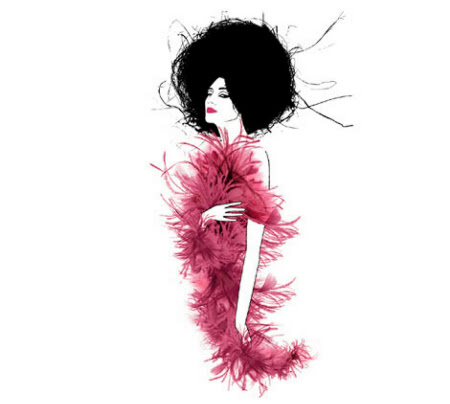 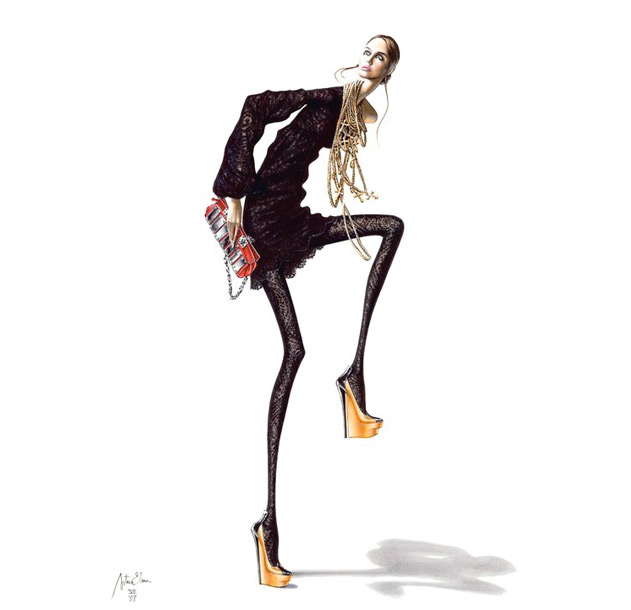 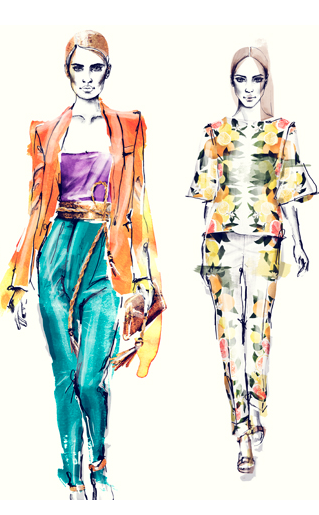